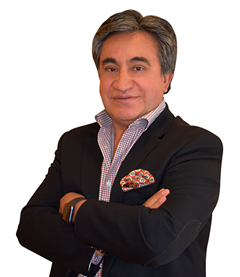 Grant Thornton Colombia partner and currently is a Partner Director of Outsourcing, Tax and Legal Division. He is outsourced Public Accountant of Whirlpool de Colombia S.A.S, Ericsson de Colombia S.A., among other companies.

He worked as External Auditor of Grupo Empresarial Rafael Espinosa Hnos. & Cía. S.C.A. He was also Fiscal Auditor of several companies of this group.

He obtained most of his profesional experience in audit and fiscal audit of one of the Big Four Firms. As part of to the firm during five years, he worked for Multinational and National Companies such as IBM de Colombia S.A., Grupo Exxon and Casa Editorial Tiempo Ltda. He was also Fiscal Auditor in Compañía Financiera Colombiana S.A. and Diners Club de Colombia S.A.